Geographical Location of Hyogo-Kobe in Japan

Geographical Location of Hyogo-Kobe in Japan

Japan spreads over around 3000km north-south and west-east, and Hyogo-Kobe is located about 600km west of Tokyo, the capital of the nation, and thus located close to the center of Japan，making Hyogo easy to access by both land and air.
It has an extensive network of railroads and expressways and only takes about 20 minutes by local line to Osaka,the second largest city in Japan. Moreover, the Shinkansen (bullet train) also stops at Shin-Kobe, Nishi-Akashi,Himeji, and Aioi, with the travel time to Tokyo being about 170 minutes.
It also has a total of 4 airports in and around the area, including the Kansai International Airport, and from the Kobe airport it takes about 70 minutes to fly to Tokyo (Haneda Airport).
Moreover，“Hyogo-Kobe” is directly connected to the Chugoku Expressway and Sanyo Expressway etc. and thus is part of an even larger ecomic block that includes the Chugoku and Shikoku areas. 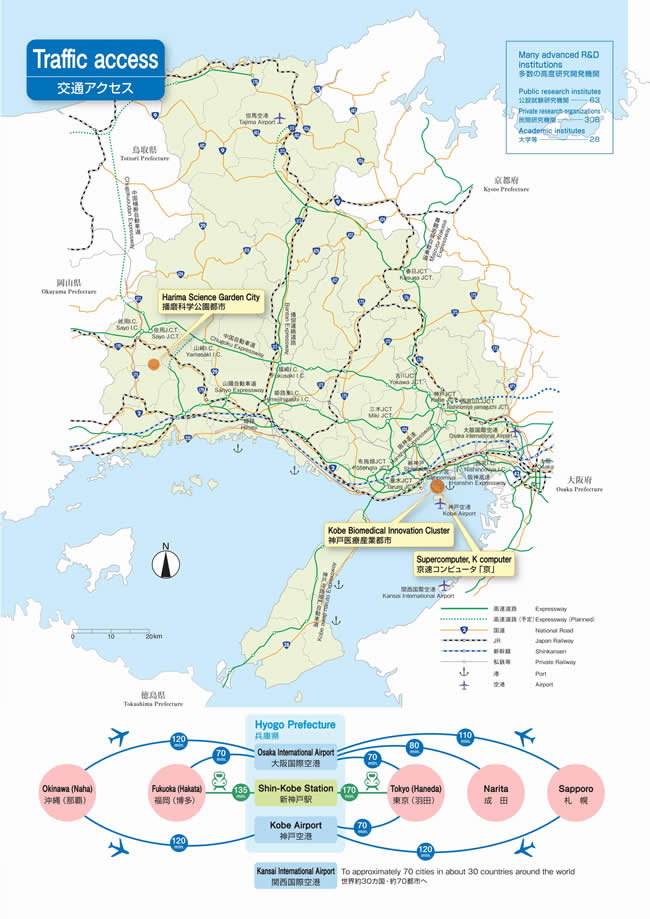